MIGATO at Yes-I-Do Catwalk by PANDORA

Swipe to the left 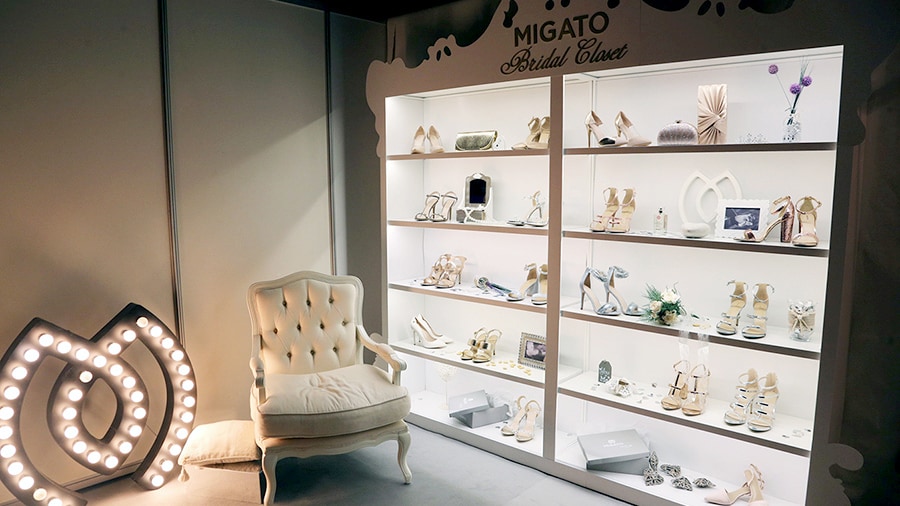 For the third time in a row, MIGATO was the official footwear sponsor of the Yes-I-Do Catwalk by PANDORA, that took place Friday January 19th, during the New Life Expo Wedding in the MEC Paiania.

In a fairytale setting, the Yes-I-Do team under the supervision of its founder and publisher Myrto Kazi dressed 50 Greek celebrities and bloggers as brides, with the creations of 10 belover Greek fashion designers and shoes from the new MIGATO Spring/Summer 2018 collection, presented on the catwalk for the first time ever.

The spectacular MIGATO Bridal Shoe Closet was set at the backstage, where everyone could take a first look of the new collection, sit down and try them on, and of course get some pictures taken!

Beloved bloggers and editors also walked the catwalk, such as:

Once again this year, Yes-I-Do Catwalk by PANDORA had a charity objective, as guests could aid καθώς Make-A-Wish Hellas, by choosing to have a blue or silver star as a hand or face painting.

The MIGATO Spring/Summer 2018 styles presented at the Yes-I-Do catwalk will soon be available to buy at www.migato.com as well as in selected MIGATO stores all over Greece.